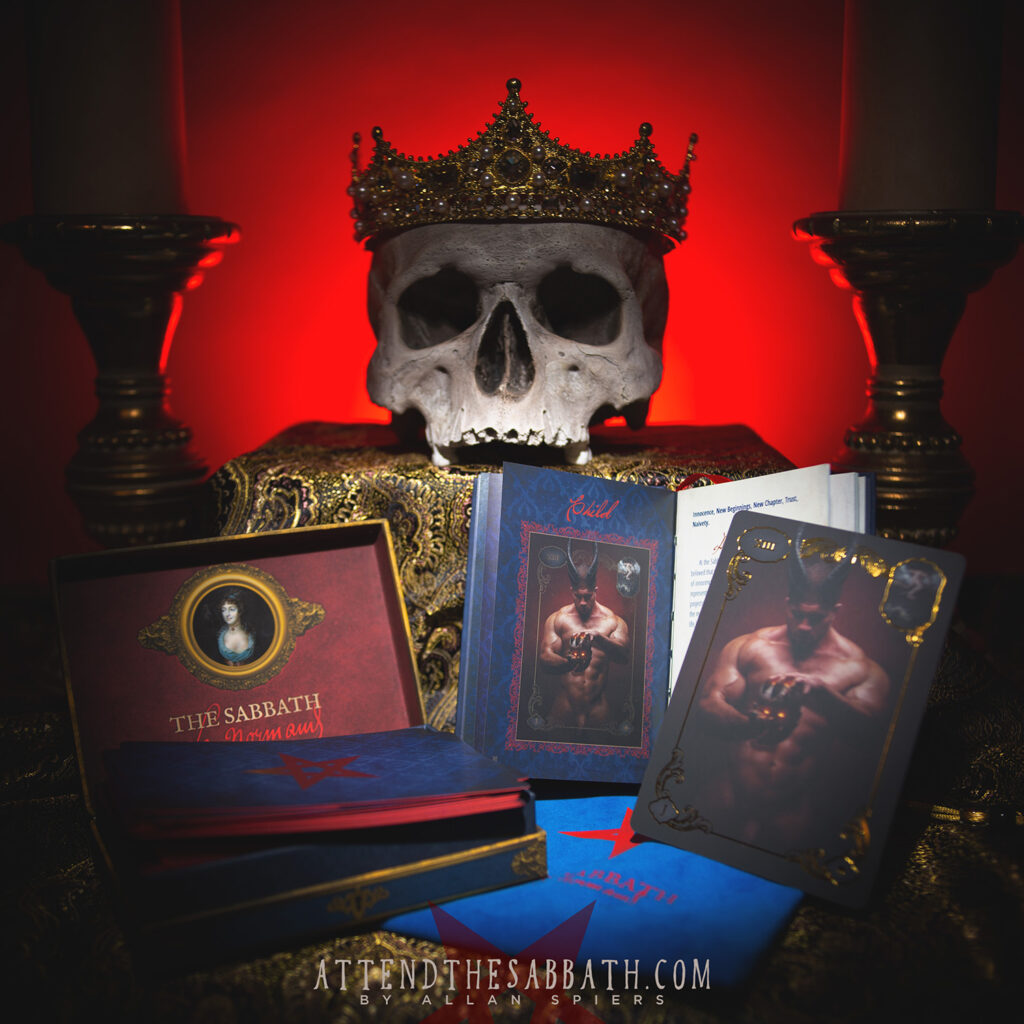 If you wanted a glimpse into your future in France during the mid 1800’s, you may have found yourself led through a false wall to a room filled with all sorts of occult artifacts, where a kind yet stern woman sat, a sibyl known for her profound accuracy. She was Marie Lenormand, and she was the trusted spiritualist of commoner and king alike, even consulting her cards for Josephine, first wife of Napoleon.

Flash forward 200 years and you will find a resurgence of interest in the deck that bears her name: The Lenormand Cards. This deck honors her approach to divination, often consulting numerous decks during readings. It is precisely why this deck features not only the card image, but also a playing card, and in the case of The Sabbath Lenormand, a tarot card from The Sabbath Tarot. This deck can be used on its own, or alongside other forms of divination for unparalleled detail, confirmation, and validations.

So what makes The Sabbath Lenormand different? Readers familiar with The Sabbath Tarot will instantly recognize the vivid, captivating imagery that captures the spirit of each card, ensouling them with a life of their own. This is an invaluable companion to The Sabbath Tarot, adding to the legion of prophetic spirits a witch may evoke during divination.

This 36 card deck was created by celebrated photographer, artist, and witch, Allan Spiers. His unique talent for design, and ability to summon a the world of spirits was evident in The Sabbath Tarot that launched a highly successful campaign on Kickstarter last year, and in homage to his love of cartomancy it was the next logical step to create The Sabbath Lenormand. As with all the other elements of The Sabbath Project, The Sabbath Lenormand is a tribute to the male witch. It celebrates the legacy of men throughout history who practiced the occult arts, who defied the authority of their time.

Because of its simple yet clear imagery, The Sabbath Lenormand is the perfect divination tool for precise and accurate insight into the past, present, and future that is also a work of art. Use this deck as a familiar for divination, or add to your collection as a visual masterpiece!