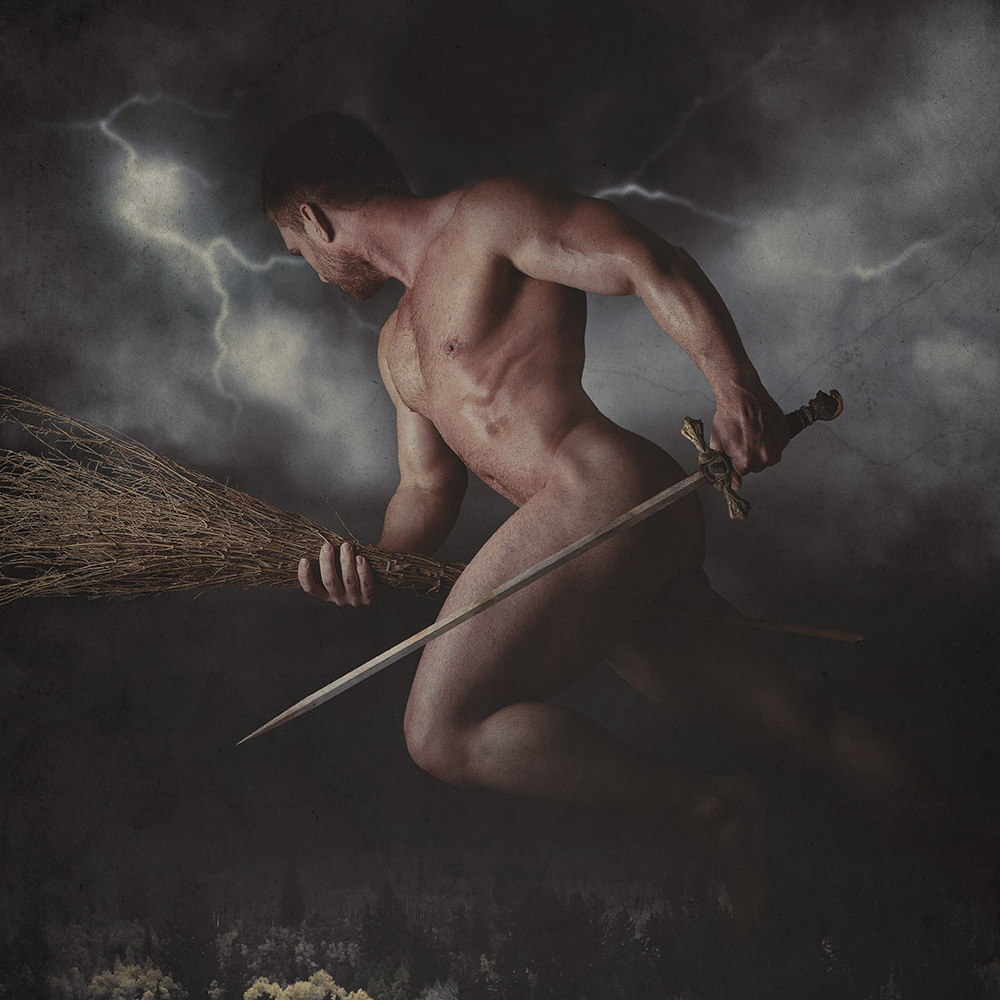 When one hears the word “witch” it often conjures the image of a hag riding a broom with a conical hat and feline familiar taking to the skies in pursuit of The Sabbath. Symbolically the broom is linked to the witch’s use of common household objects to bewitch. It is common for scholars to speculate that the broom was linked to women’s domestication, and a symbol of the phallus making the broom an object of perversion of women’s sexual expression, but when we look at the history of the broom as a tool of flight in witchcraft it is traced to one source: a man named Guillaume Edelin, Prior of St. Germain-en-Laye, and Doctor of Divinity. He is the very first witch to confess to riding a “balai” or “besom” to The Sabbath where he met with the Devil, made a pact, and kissed the Devil’s backside in 1453. This would mean that in its earliest form, it wasn’t linked to the feminine or the phallic image, but simply a typical household tool, much like the staffs, sticks, stang, pitchfork, stools, and benches witches were said to ride to The Sabbath on as well. It was most likely when witches began to talk about the ointment they would rub on their “hairy parts” that it would become sexualized. Witches, both male and female, were believed to rub flying ointment under their arms, on their genitals, and in their rectums to achieve flight.

The broom itself, like the back of a goat, was said to be The Devil Himself, and that the witch was carried aloft by His power. Sometimes it was said that the witch didn’t actually leave their home physically, but rather it was the spectral form of the witch that rode to The Sabbath, a very legitimate experience that would be instigated by the use of hallucinogens in the flying ointment. Owing to the increased number of confessions regarding nocturnal flights, as well as early images of witches on brooms like the earliest example from 1451 that illuminate the margins of the poem Le Champion des Dames by Martin Le Franc, illustrations of witchcraft became dominated with the iconography of the witch on the broom. Because aerodynamics wasn’t a science that was understood by many, the broom itself was depicted in various positions between the legs, clutched under the arm, bristles backwards, and in many cases, bristles forward.

Nightshade in the photo project  and The Warden of Blades in The Sabbath Tarot give a nod to the early artists that depicted the witch riding the broom bristles forward, despite many modern observers scoffing at the image as incorrect. So what can bristles forward mean in witchcraft? Despite the depiction originating from the lack of scientific understanding it actually makes sense symbolically. Witches act outside the boundaries of the “natural”. Much of what we do manifests in the spiritual sphere, rather than the physical. When the broom’s bristles are forward it indicates that the witch is acting outside the conventional laws of physics. When we cast our witchcraft we allow our spectral selves to fly through the unseen worlds, a part of our spirit connecting to our Witch Gods across the ether.

As the spell to command a broom to fly proclaims: “Go in the name of The Devil and Lucifer over rocks and thorns”, and let your spectral self take flight as you make your way to The Sabbath! 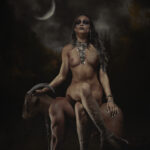 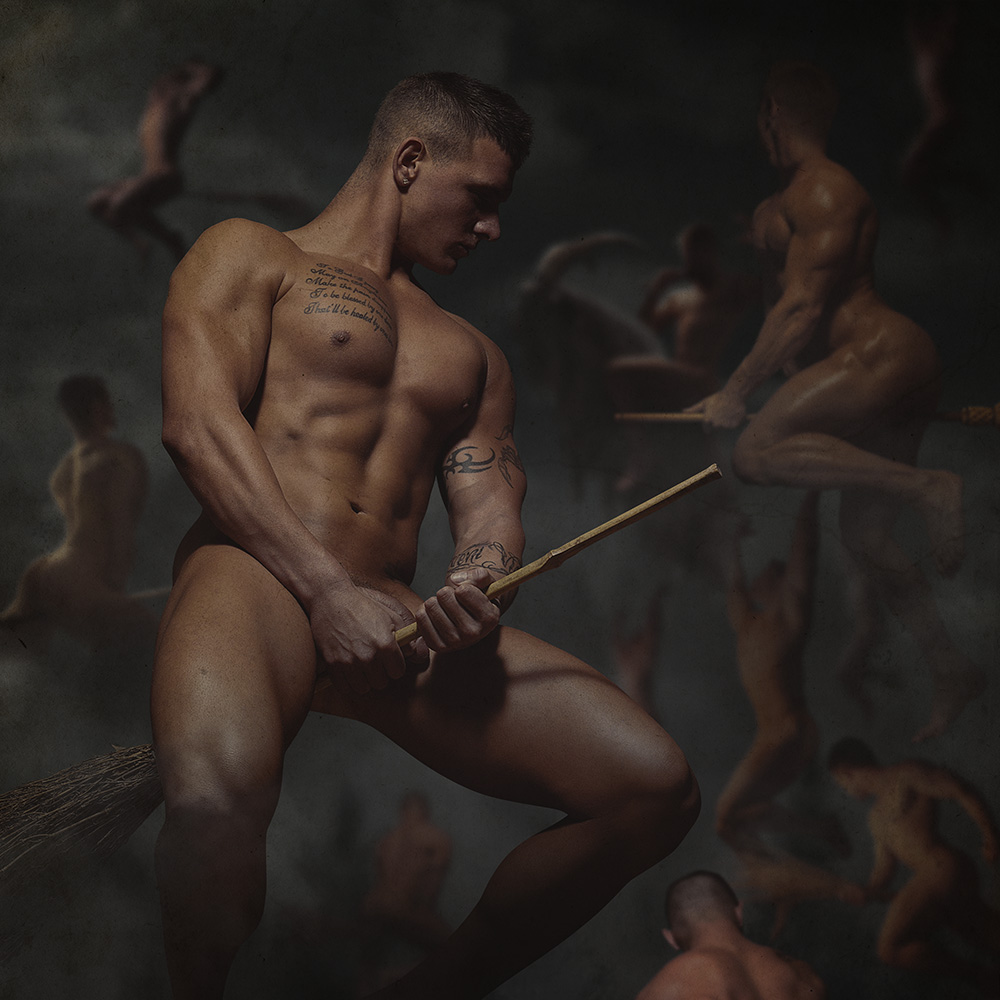 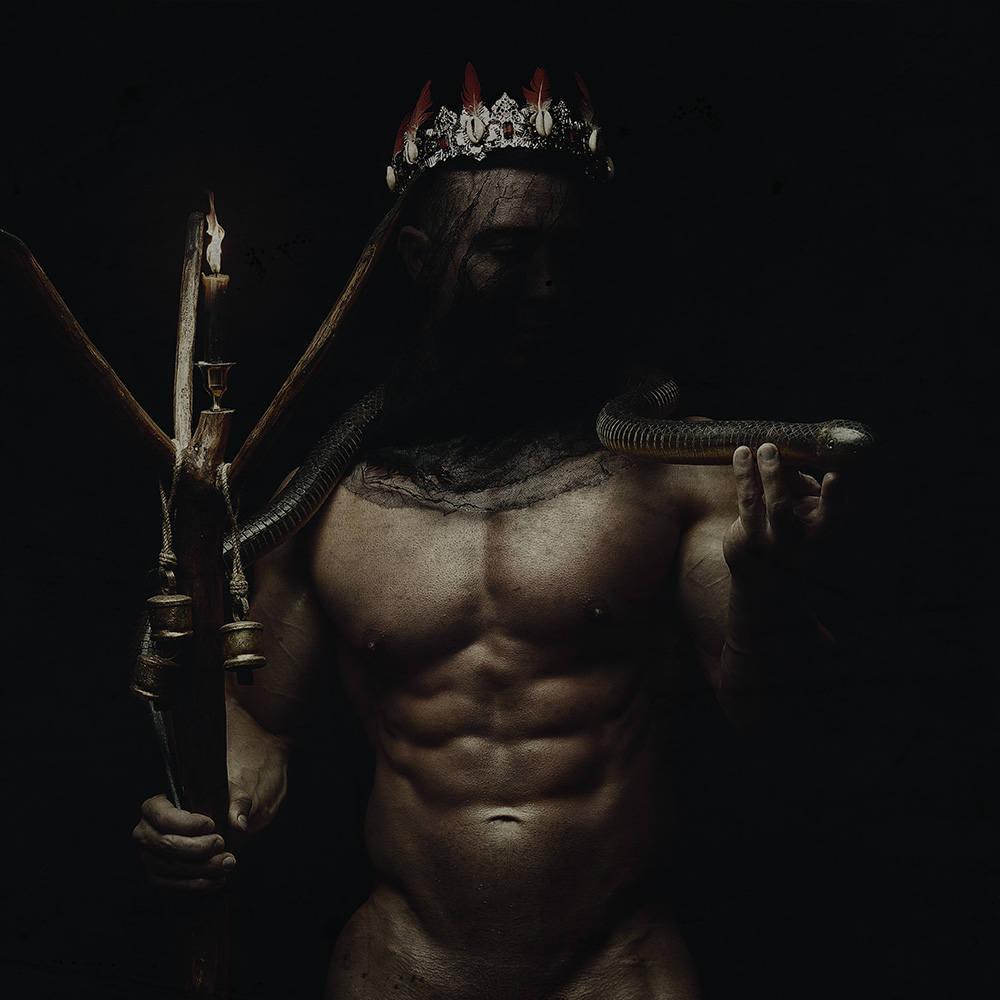 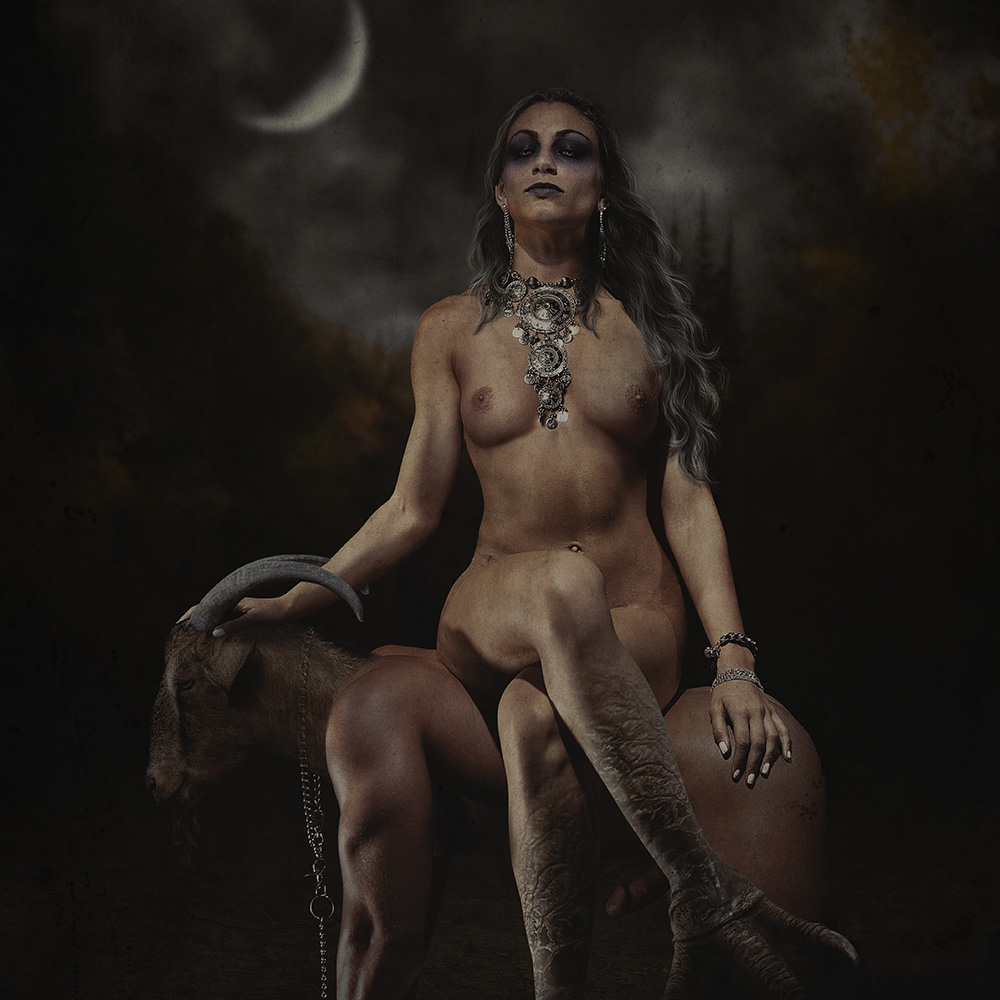